What Are You Thinking?

I try to post on Reddit sometimes, but their moderators are so stupid, it boggles my mind how anyone could post a thread on Reddit these days. I see ****ing youtube video being embedded, and I decide to do the same, but my post gets "removed" because stupid moderator thinks it's low quality. I posted my livestreams where there WERE some places that I've found to have some glitches, but nooo... these moderators are like SJW's keeping the small guy down.

Where do I find new gamers, man? It's all so frustrating.

There's this realtor in my area that probably has purchased a handful of billboard ads in every county, so I see his face everywhere when I'm driving to work. I'd probably do the same, except I'd buy every billboard. Then I'd make them all dark and looming and have vaguely cryptic messages on them and make everyone think that living in some dystopian totalitarian state. I think that would drive a few sales at least.

In other news, my interview went very well.

Xeroxis said:
There's this realtor in my area that probably has purchased a handful of billboard ads in every county, so I see his face everywhere when I'm driving to work. I'd probably do the same, except I'd buy every billboard. Then I'd make them all dark and looming and have vaguely cryptic messages on them and make everyone think that living in some dystopian totalitarian state. I think that would drive a few sales at least.

In other news, my interview went very well.
Click to expand...

Billboard advertising is very expensive. Especially on popular highways. So, it sounds like this guy amassed enough money to bankroll those billboards

I really hope the second one re-submits soon. If I get any other submissions, it's going to make choosing between them that much harder.

I also need to accept that no one is going to get Phenex 100% right unless they just happen to sound like Rami Malek. Dude got Reeves' intonations perfect this time though, so that's definitely something. ^^

Turns out I can only spin in my office chair a total of 4 times before I want to throw up.

Now I need to see how many times I can zoom from one end of the corridor to another before I get caught...

Finally got to put up a new episode of Super Metroid.

I just noticed that Dragon Age: Inquisition's cover art put the Anchor on the wrong hand. Welp, I'm going to think about that every time I turn the game on.
Last edited: Sep 22, 2019

Finished Mass Effrect 3, effectively ending the whole series (I need to think about playing Andromeda). What to say, it's one of those series where you get to feel an emotional connection with its story and characters, and that inevitably leaves you with a big void once it ends.

I've always heard huge backlash against ME3's ending, so much so that one would legitimately think it's one THE worst endings in video game history but while it has its flaws, far from it, I think.

I wanna talk about it with someone here who also finished it, but of course not gonna spoil it here, just in case. PM me if you wish.

Gotta say, I HATED mass effect 3 and I was a mass effect fan. But I've not played it since it first came out so there's always scope for a change of opinion. It wasn't the ending that bothered me so much as it was the beginning. Literally made no sense to me and it turned out it would have done had I bought all the dlc from number 2.

I abhor games that rely on what should be optional content to drive their main story.

Anywho, I am currently thinking I should have had more than Cheerios for breakfast. I'm so hungry.

Foxtrot94 said:
I've always heard huge backlash against ME3's ending, so much so that one would legitimately think it's one THE worst endings in video game history but while it has its flaws, far from it, I think.
Click to expand...

Nevermind, looks like I had a "revised" version of the ending cause I have the DLCs, where the devs apparently went and expanded upon it, explaining stuff that the original one left in the dark.

I don't know what it is, but I'm really not a fan of plans changing. I don't mean before you go to do them (though that bugs me a little, too). I mean more of when you're halfway through a plan (hanging out at a couple of friends' place, having dinner, about to have a bonfire) and then when the wife is invited by someone else to a nearby brew-tasting event, suddenly finding yourself going with them and leaving the guys behind when all you really wanted to do was chill and talk **** with said guys around the bonfire.

I mean, I had a good time? But I also spent a lot of time wondering why I was there.

That I am embarrassed...

I invited a friend of mine for a dinner party in our apartment tonight with his spouse (whom I've never met before). I was going to make pumpkin pasta, salad, pumpkin panna cotta and chickpea flat bread.
I am super proud of the flatbread recipe, it's delicious and I've made it several times before. I thought that it would be really nice to have some freshly-baked, still warm bread with the pasta

Well, I failed the bread. I burned it. Literally. The baking paper caught FIRE

There was smoke everywhere and my spouse was panicking. It was like from a silly 1920s silent film.
It soon turned out that my spouse doesn't know how to use the fire blanket. He took the whole package off the wall instead of pulling the blanked out from those emergency strips.
I told him to hold the package while I'll pull the strips. It slipped from my hands and we both nearly fell on the floor.
I managed to draw the blanket from the packaging and gave it to my spouse like "here, take this, I'll take the baking tray out". I turned my back and took the tray out of the oven. When I turned back to him, I noticed that he doesn't know how to hold the blanket (you know, it's supposed to be held so that your arms will be covered behind the blanket and he was just dangling it under his hands). So I decided that I can't let him do this, I've gotta come up with something else.

A couple of seconds passed, I was just standing there with the flaming baking tray on my hands and thinking "WHERE'S THE WINTER WHEN WE NEED IT" (because if we had snow, I could just throw the tray on our balcony). I ended up throwing the tray to the kitchen sink and turning the tap on.

So there was no bread in the menu anymore. And yes, I'm the one who was working the whole last summer as a cook.

Well, even though I'm embarrassed, it was quite a funny situation. And everything turned out well.
Tomorrow I will teach him some first-aid extinguishing with the fire blanket... 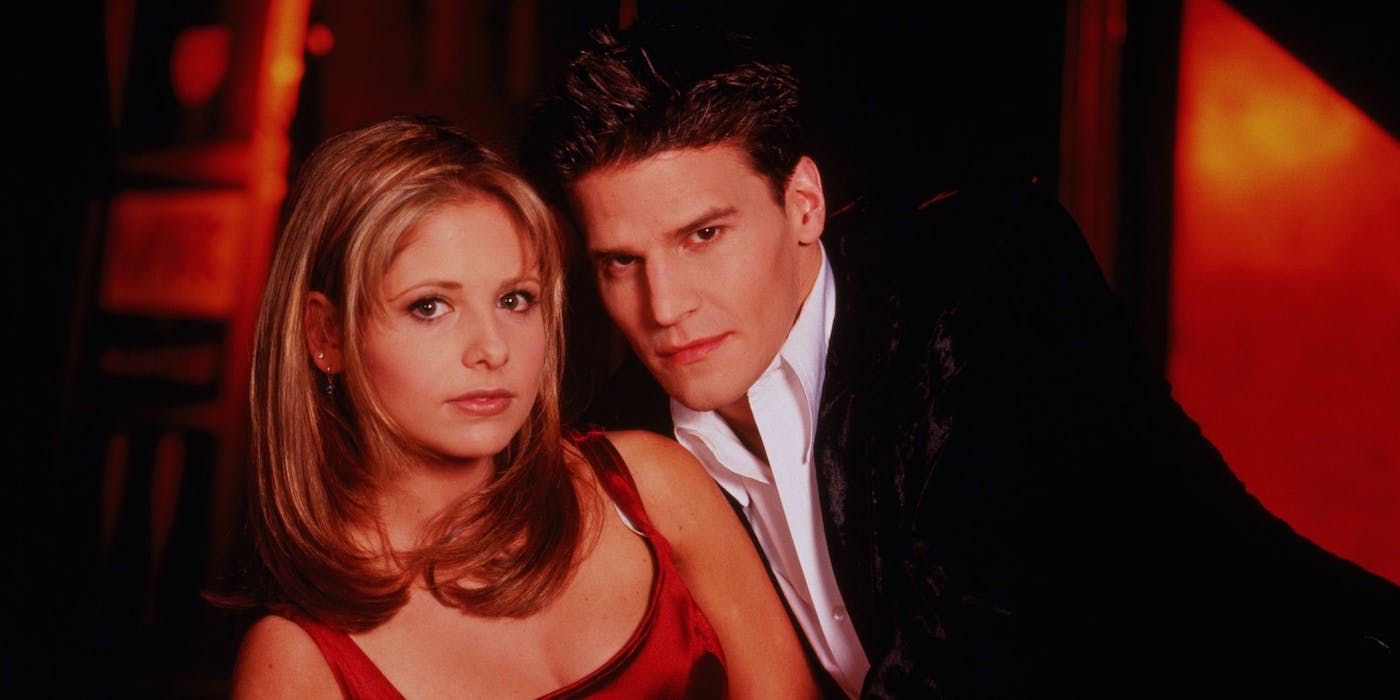 Buffy the Vampire Slayer is a cult classic TV show and its spin-off Angel is beloved too. But there are a few discrepancies between these two series.

Decided to quit law school. Wondering how to tell my dad. Once again I'm disappointing everyone, including myself.

When my buddy who is a medical student drops by, the only thing we ever talk about, besides kids, is his work. But I'm the worst, really.
Me: so how was your last shift? Tell me everything.
Also me: aafuk, wait,

, gimme a sec, I have to go bleach those visuals out of my brain now.
***
HEY, Youtube, stop playing bloody BTS ads in between my songs, already. Just....pleassse stahp eet.
****
Why yes, my dear husband, I've only been writing all day because the only other thing I want/need is to watch the next blimmin episode of W and I can't watch it with you next to me. Yes, I also can't write with you next to me. Funny that. Now go play ARK on your PC so I can get back to my Kang Chul. NAO.

That it's nearly me and my wife's wedding and overall anniversary , and it's a decade milestone

ef9dante_oSsshea said:
That it's nearly me and my wife's wedding and overall anniversary , and it's a decade milestone

So I'm Gona surprise her with a vow renewal and surprise second ceremony
Click to expand...

May I ask you the (approx) date of your anniversary? Ours is 17th October

To be fair he's got two years to pull his finger out - we'll have only been married 13 years in January.