Westhawk said:
Is DMC V going to have online multiplayer?
Click to expand...

Dont know if this has been shared yet...

On Steam, the listing claims that Devil May Cry 5 will support multiplayer and co-op, which is something that has yet to be seen in the series thus far. There have been multiple playable characters but each has had their separate story chapters.

But while the Steam listing features a nebulous, multiplayer support claim, the listings for console specifically say that the game will feature 2-3 player co-op. Neither the PS4 or the Xbox One store listings go beyond that, but the prospect of cooperative play with up to two friends is sure to be intriguing to fans.

"What we want to say is we have designed this game specifically to make the best single-player experience we can, that's always been the focus,"

"In terms of online and multiplayer and what have you... Wait and see."​

Tbh I like this concept art. It be good for a DMC2 remake.

I found out there was a leak were Dante will not be killed but will become a Demon King because he will eat the fruit of the Tree of Life.The only reference to this leak was a youtube video and someone's commentary on it which is the following:
"1- the leak saying nero is stronger then Virgil
2 - dante became the demon king is the is the complete opposite of the goal of the story about human power (heart and all of that)
3 -and it means dmc 2 is not Conn unless it take place after dmc 2 and if it does why didn't dante use the majin form you know the form that can't take damage
4- and it didnt talk about vergil the one how take nero arm one of the most important character in the series
5- we know that Mundus isn't dead he is just sealed and we know the Mundus will show in the game from old leaks"
The red devil with his body covered by eyes (or whatever) is Dante.

Carlos said:
So, then, who is the Dante in "real life"?
Click to expand...

...Dante will confront the big bad and eat the fruit to become a Demon King and hold the demons inside Hell.See the commentary section of this video:

Showcase for the Styles and the battle with Cavalier Angelo.


Things of note...
- Round Trip is back
- Shooting E&I while in Gunslinger has Dante unloading a rapid burst, most likely their way of reintroducing DMC3 Gunslinger's Rapid Shot passive. Still no Twosome Time :c
- More shots of Rainstorm having much more maneuverabilty
- Royal guard's meter circles around the R, and has segments, most likely spent for Releases
- Dante using Sparda in his fight with Cavalier Angelo. Mostly just seems to play like the Rebellion, but larger
- Lots more Cavalier usage, showing off more than its one-two sweep
- Devil Trigger flight is back
- Dante can enter Devil Trigger while using Sparda, which he couldn't in DMC1, nor Air Hike
- "Majinka baiku desu (or something along those lines)!" Everyone was cheering the player to beat the boss with a DT'd Cavalier move

gmc said:
I'll try to find the proof but it'll be a while, bear with me
Click to expand...

its post 830, unfortunately thats all I can give since the guys 4 chan account got suspended but you'll just have to take my word for it

Gregaman said:
The #DMC5 mission menu. Apparently you can equip up to four melee and four range weapons at a time. Which means there are gonna be quite a few weapons in this one.
Click to expand... 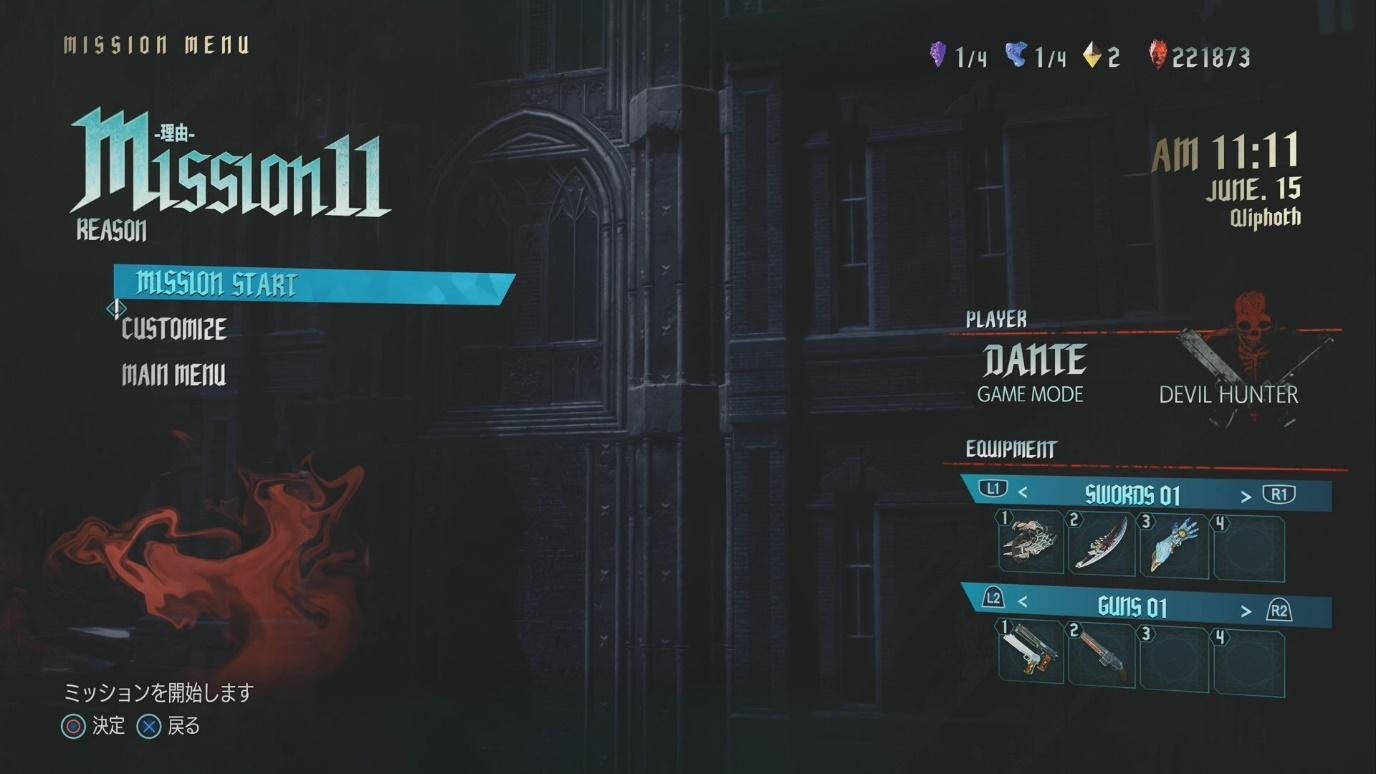 
It's getting kinda boring that no one is bothering to try out Gunslinger to any great degree :/
Last edited: Sep 23, 2018

berto said:
This one shows the name of the demon with the blades for hands. Hell Judecca, a summoner.
Around 5:45.
Click to expand...

interesting, like caina, judecca is one of the four circles of treachery in dantes inferno, so there might be an antonora and ptolemea enemy in the game

gmc said:
interesting, like caina, judecca is one of the four circles of treachery in dantes inferno, so there might be an antonora and ptolemea enemy in the game
Click to expand...

So it's all divine comedy references. Since they're all in the Cocytus lake they might name something after it, too. We might even get a Crete this or that. Also, Judecca is what the chains that are holding Lucifer in place are called.

- I got all excited by seeing a glimpse of the action "Wire Bound" in the skill list, but upon translation, it's literally just the concept of using Snatch on a heavier enemy and moving to them, instead of being able to pull them to you at will
- "Colour Up" is the reload ability by holding Shoot, and High Shot is to fire a loaded shot by pressing Shoot
- Split is, indeed, on an R1+Back input, similar to DmC and associating that input with vertical movements on the ground and air
- "Scapegoat" is what it's called when your Devil Breaker is broken during use from a hit
- "Jet Gadget" is Punchline's rocket surf mode. Seems like you hold O while jumping at the rocket, and then you do tricks to attack. The amount of time you can spend on the rocket depends on your Style ranking, so either do this when you have a high one, or perhaps you can also attempt to raise your style while surfing to extend the time. It's pretty cool that you can jump off and then back onto the rocket arm, without having to send it off to explode, too
Last edited: Sep 24, 2018

But is that only 60fps when in 4k? Or is it that it will still run in 60fps while in 4k? I suppose we've probably seen it running standard on demo machines, and that seems to be 60, but hooooo boy~ that could could open up another can of worms for them.

DMC5 will be at New York Comic Con

Hopefully this is actually NEW gameplay.

I know DmC got a NYCC trailer think this could be the same case?

gmc said:
interesting, like caina, judecca is one of the four circles of treachery in dantes inferno, so there might be an antonora and ptolemea enemy in the game
Click to expand...