Someone found a hidden area in the demo:

I’m Noh in front of my computer. If y’all can’t understand I’ll translate in a few but the imagery is fairly self explanatory.

Not sure if this was posted already but just in case.

A deeper breakdown of Nero's combat. Sigh at that Devil Breaker section. Not only you can't switch DBs at will, but you can't even choose which one will be the next one when your current arm breaks.

Somebody at 4chan made this observation. 
Foxtrot94 said:
Not sure if this was posted already but just in case.

A deeper breakdown of Nero's combat. Sigh at that Devil Breaker section. Not only you can't switch DBs at will, but you can't even choose which one will be the next one when your current arm breaks.
Click to expand...

Dear lord... The demo's been out 3 days and I'd bet real money that the dude who put that together didn't play it. People are really eager for this one...

Cleaner version of the pic of the controller.

TWOxACROSS said:
Apologies for not wading through 200+ posts as thoroughly.
Click to expand...

Apparently there's a variety of camera settings in this.

Also, "customize cutscenes"? I wonder what that does.
And "network" too? Is that just to access some kind of online score leaderboard or is there something... meatier related to it? Hmm... Speculation, speculation...

I used to say, yeah, who cares, what could possibly be the difference, but after Bayonetta I would prefer to see the version I'm buying in action to see if it's coming along smoothly.

So this protagonist replaced the main character before and is now reappearing as a cyborg. 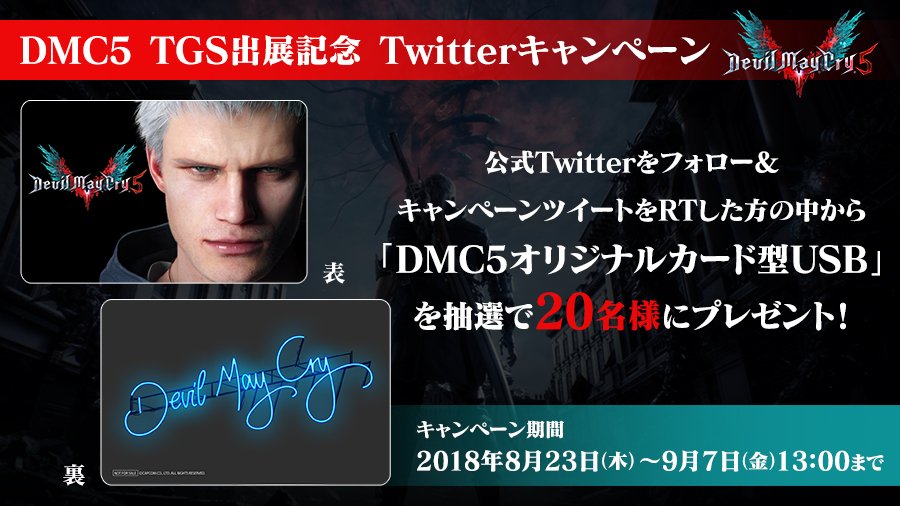 Capcom is going to give away some DMC5 themed USB cards via Twitter. The contest, or whatever it is, started on the 23 and ends on the 7th of next month. I think it might be for Japan only, though. 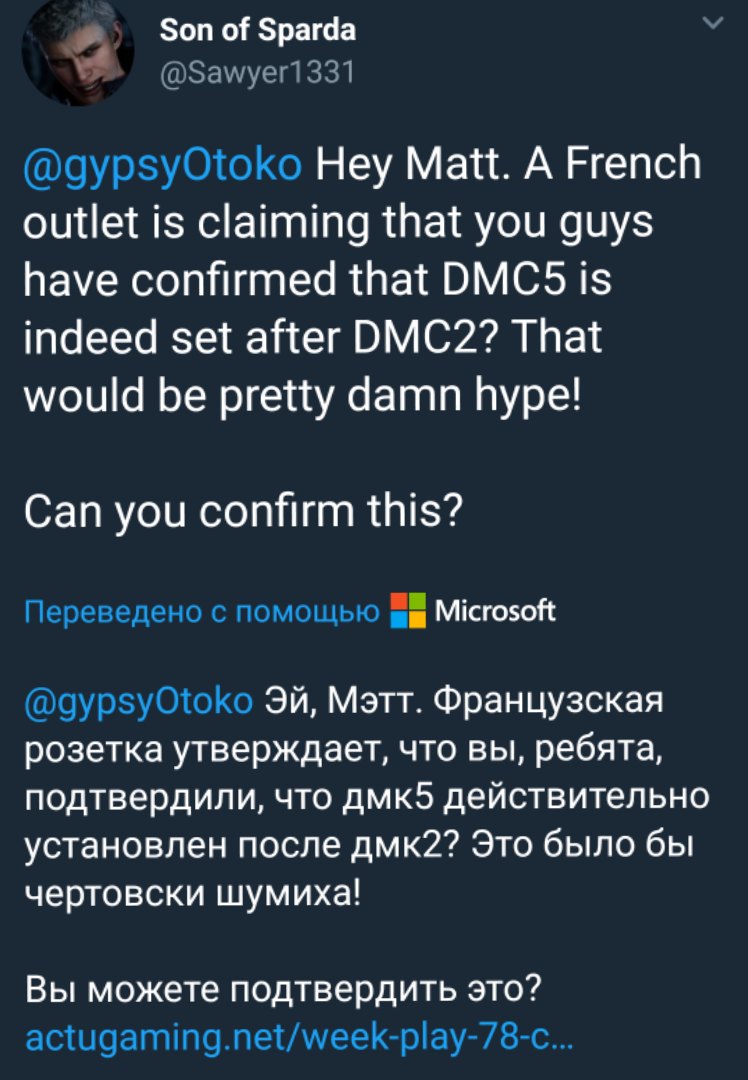 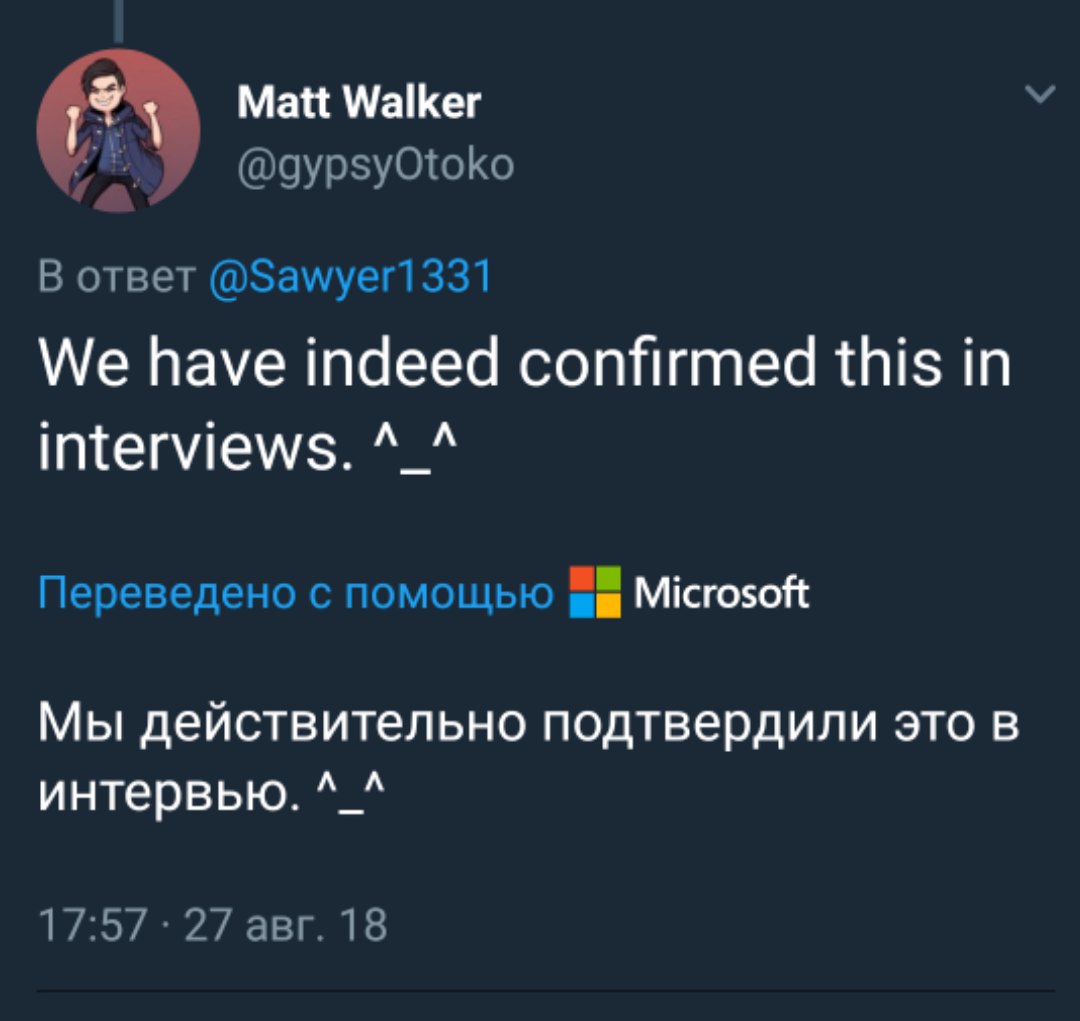 TWOxACROSS said:
It's probably for the best if we don't worry too much about the tonal shift in Dante anymore. It can't be helped, and nothing in-game will probably ever explain it away.
Click to expand...

You're right about that because there is no satisfactory answer to this. There is no canonical reason Dante goes from what people have come to call Uncle Dante to the most monotone 'whatever' ever spoken Dante back to 'whoooo! Yeah!' Dante again, nor why Rebellion changed from standard to DMC2 (which is ironically the original) back to standard. It's not a matter of canon, it's a matter of production and any answer we start demanding is just going to diminish the already jagged canon we have.

I'm pretty sure I posted this one before but for those who didn't see it:
http://west.paxsite.com/schedule/panel/the-ssstylish-gameplay-of-devil-may-cry-5

So this guy is asking some 'rough' questions I'm rather curious about but I don't speak German. Can anyone translate the gist of the interview?

berto said:
So this guy is asking some 'rough' questions I'm rather curious about but I don't speak German. Can anyone translate the gist of the interview?

- on the question, why they ignored reboot, they responded that they wanted to tell more about Nero and his growth since DMC4
- DmC is just parallel story, existing separate from canon. (well not s*t sherlock. The guy asking question asks the most obvious stuff)
- since Dante got lot of new moves they felt he became to complex for beginneres and they made Nero as intermediate learn curve, which is reason why Nero is MC in DMC4.
-Dante is equally important as NEro in DMC5
- Motorcycle is differnt from motorcycle in DMC2
- they won't explain connection to DMC2. (if they got it right) HE says something like "you can't expect for us to explain how those game connected"
- they added three chars to make difference of gameplay choice.
- Itsuno liked idea to crossover with Onimusha or other capcom franchises.
Overall not much new info

If anyone wants to participate:

Some stylish gameplay with lots of taunting. Shows off some of the Lv1 Exceed attacks too, where instead of a special taking every level, it only takes one unless you press the Sword button again during the attack.

Devil May Cry 5 Is Being Designed As A “Complete Experience”, Nothing To Announce At This Time Regarding DLC

CAPCOM Never Even Considered a God of War-style Change for Devil May Cry 5, Says Itsuno


Well considering GOW4 was announced in 2016 production on DMC5 was probably well underway and pretty far into development so I doubt GOW4 could influence it nor would it probably ever do that (unless the new guy who might take over after Itsuno is a total Git).

As for the DLC. Don't know why some people are so upset over the fact they dont have any DLC planned yet for a game that is 6 months away. Christ I wish gamers were more consistent. First were getting mad at Sony for having DLC for their new SpiderMan games 2 months after the game comes out and you have some people defending Namco Bandai's decision to remove Tira from the game as selling her as DLC/a season pass pre-order bonus

Well we've gone almost a week without any discussion here.