The game is getting some cross over action with a VR game called Circle of Saviours.

I know we all know but confirmation is still nice:

Soooo, here we go, confirmation of what (most of us) probably already guessed.
Control scheme is staying the same!

No rev or DT. The DT, I figured as much, but no revving? 'Sup with that?


Not sure this is the official channel considering they flip the video.

The dmc 5 team has arrived in Cologne, Germany! 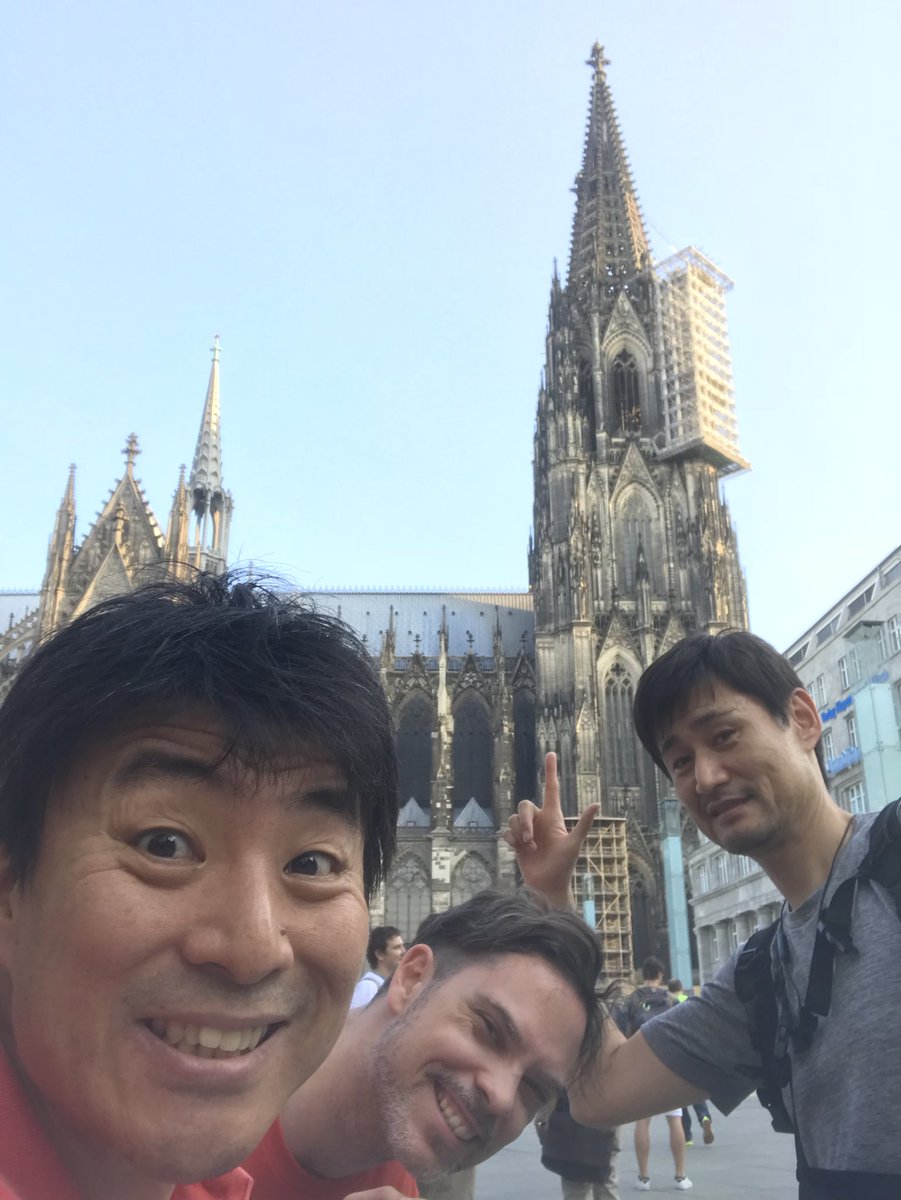 
Just a reminder, Germany is 1 hour ahead of London, 6 ahead of New York and 9 ahead of LA. If the convention starts around noon there should something from here till around 3 am LA time.

@Ronin Well, the schedule says that they have a meeting for DMC5 to show and talk about the game on Friday but the demo will be available on ground floor all throughout, so, as soon as someone uploads their gameplay footage.


Edit:
I know we know but some don’t. Plus, I’m guessing, since this came out today, they made this video in light of the 5. 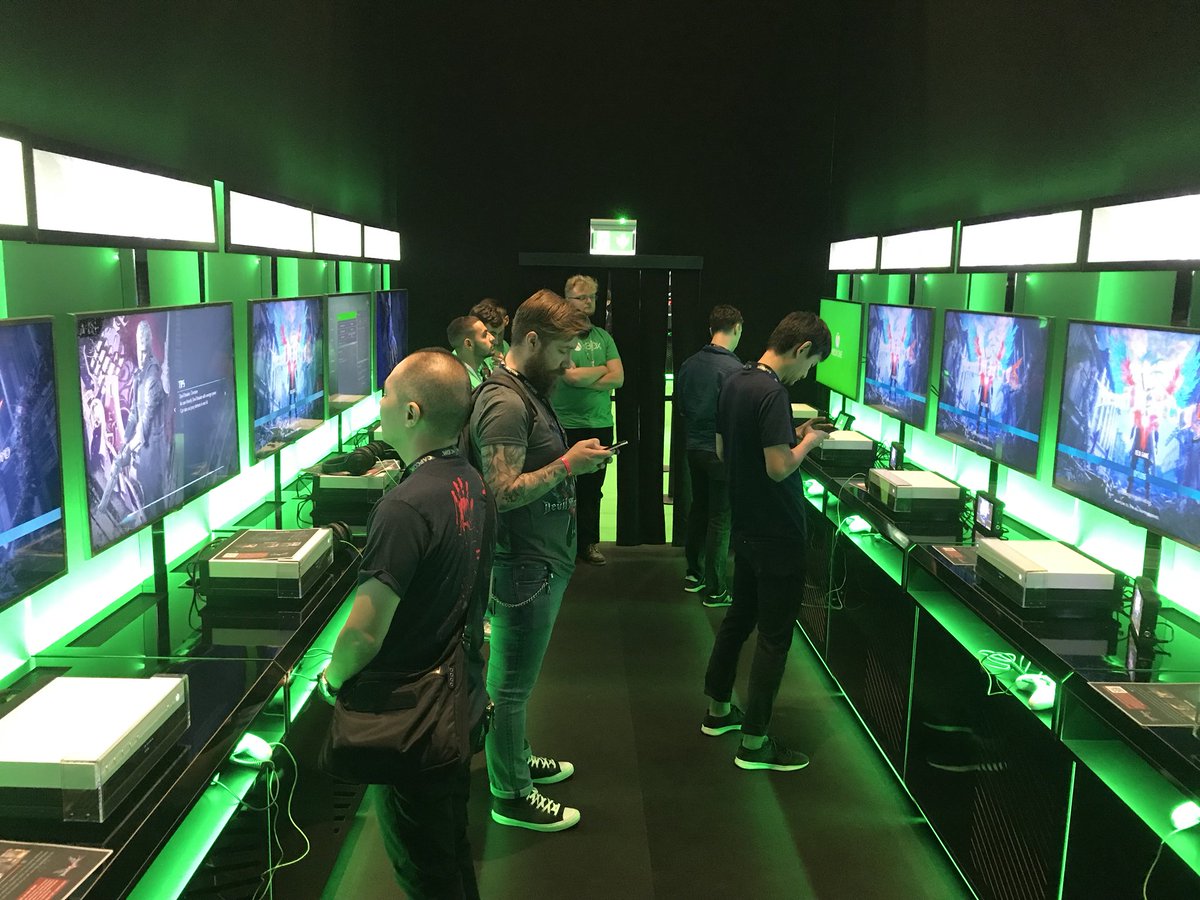 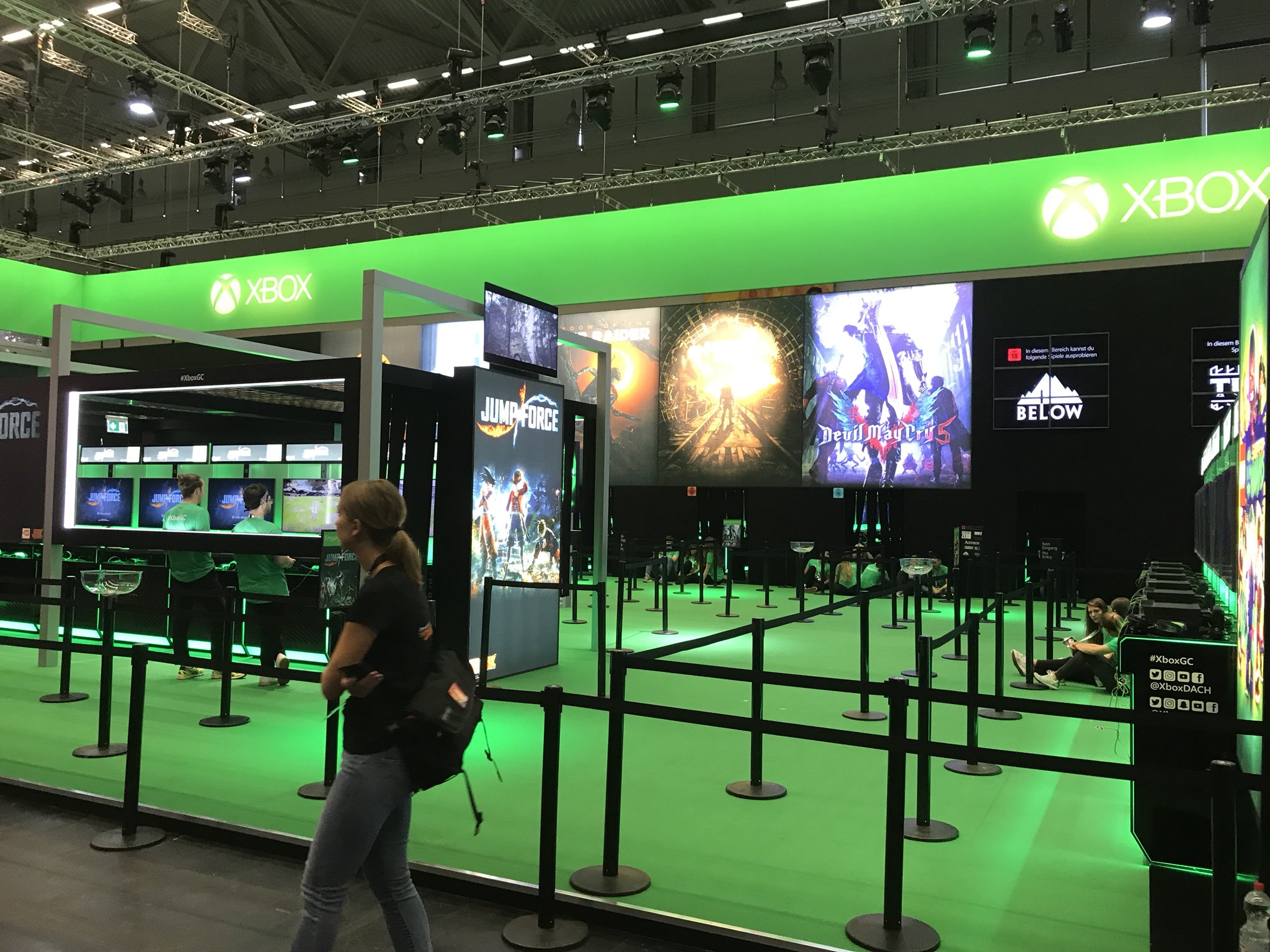 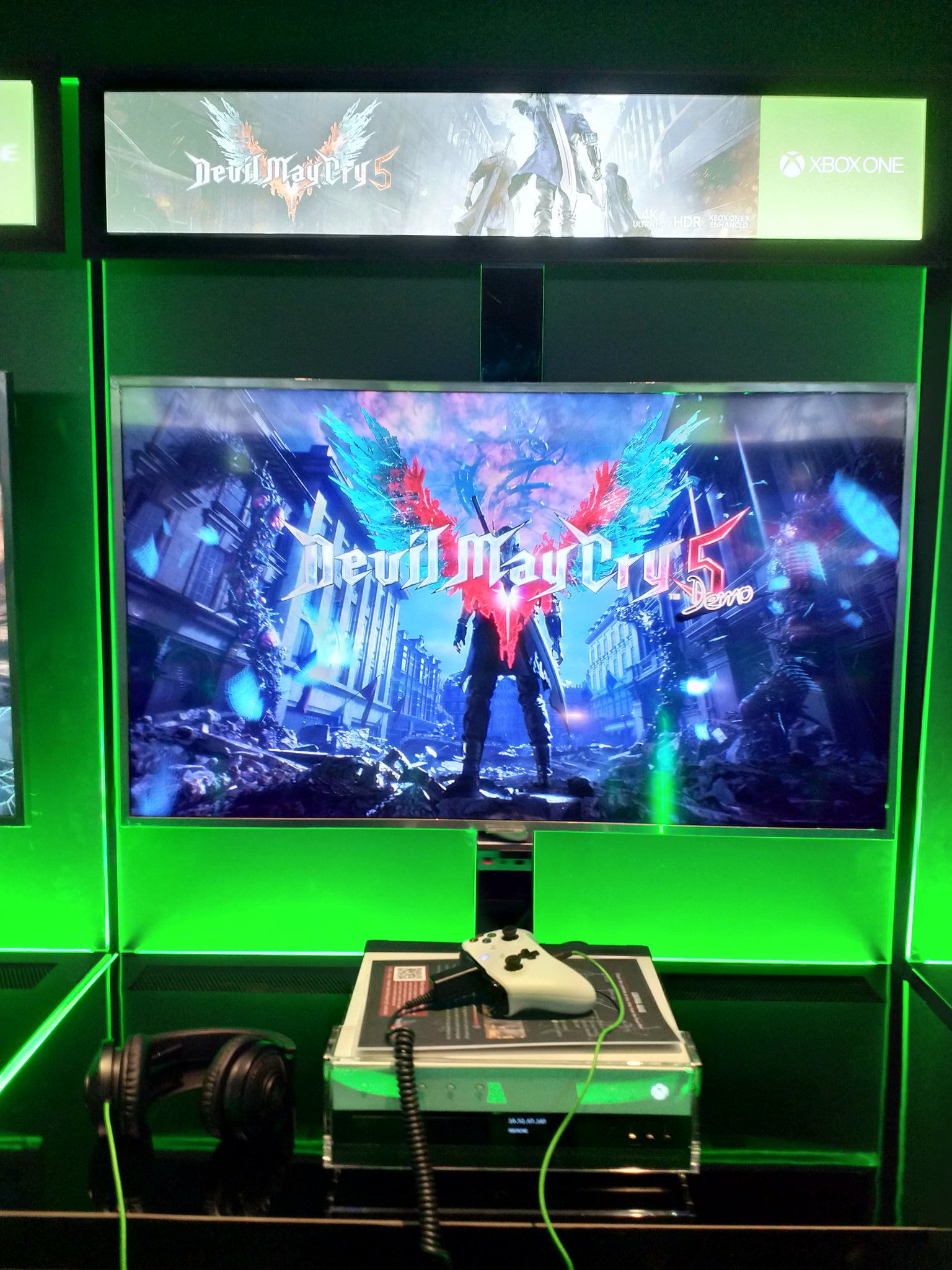 He wasn't kidding about limited uses for the DB. Only 4?
Anyway, the new one is called overture:

I’ll merge all these later. Promise.

There are a lot of details in this video but you're going to have to pause at the right time. The quality isn't great but I can see most everything when I blow the video to full screen.
So, Overture is the shockwave and Gerbera is for aerial mobility. There is a taunt, there is exceed, and a few more things to see in the pause menu and I don't like the look of the orbs. Not sure what Breakway is but that's what replaced the DT button.

Couldn't help but notice that there is no dedicated dodge button while the R2 trigger is going unused.

The tree is called Qliphoth, a rather ironic name since in the Kabbalah it has devine implications, not demonic ones.

Just cutscene or does Dante actually have that bike as a weapon?

Here's some direct footage instead of recorded one.


Looks like the fear of Exceed being taken out was unfounded. It's back.
And I definitely get some "DMC mixed with DmC" feels from this. Seems they really did want to close the gap between the two iterations.

edit- mostly nero based but dante has a nice appearance at the end.

Edit:
Here's a version without the people talking.

I got this off 4chan so don't take it on face value.

Even so, if true, something to look forward to. Things to take from this:
Next up, we’re taking a playable demo of Devil May Cry 5 with us to major events in the coming weeks, which started with a global debut at gamescom today! Here’s a short list of when and where you can find us for now: 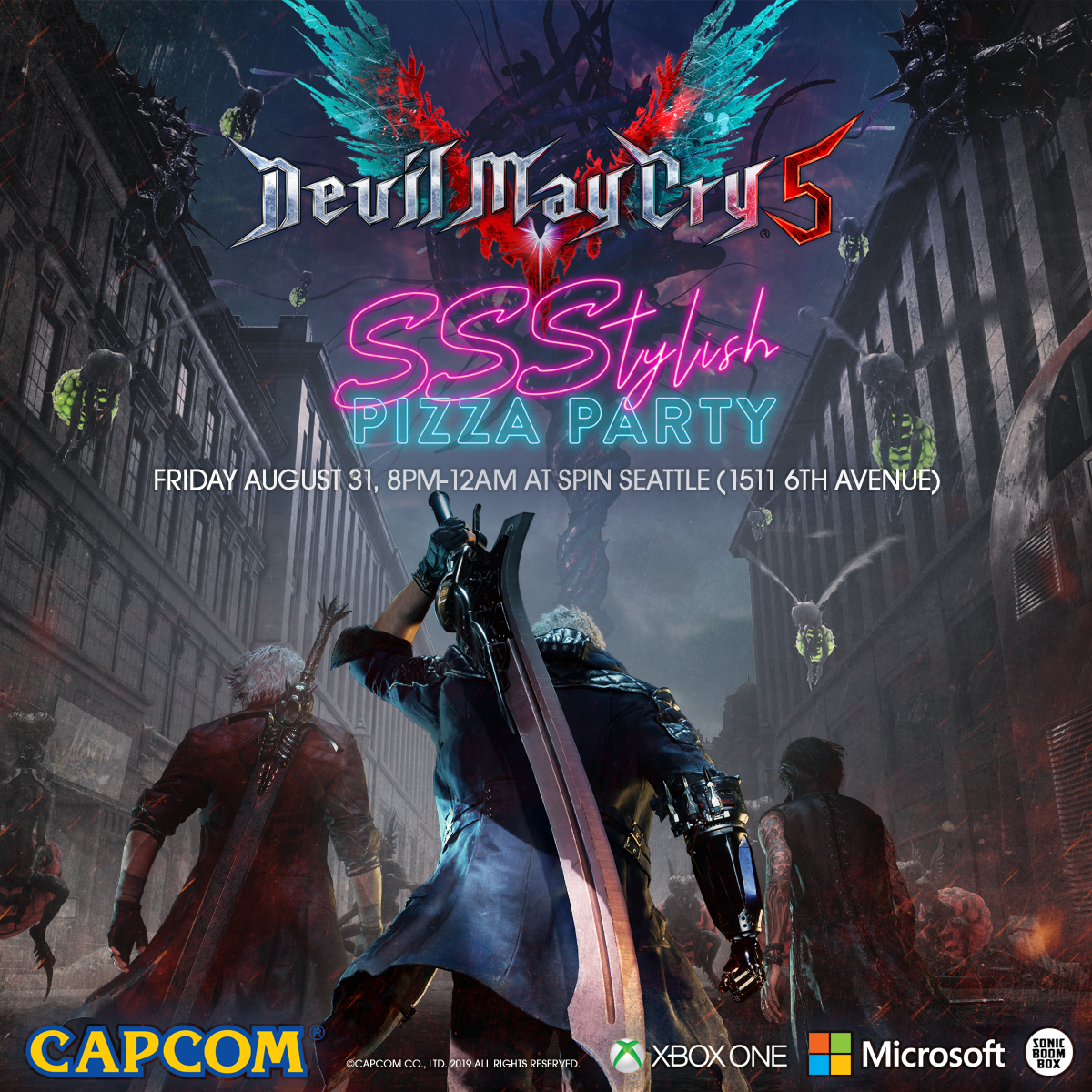 IGN Interview. Same as above but extracted from the stream.

So there are 8 DevBrkrs and we know of 5.
Overture: I guess it's some kind of shield or reflector.
Gerbera: Lasers.
Ragtime: Time manipulation.
Punchline: It's for punching, I guess.
Buster Arm: It's replacing the buster from DMC4.

I guess we'll have to wait till TGS for the others.

berto said:
So there are 8 DevBrkrs and we know of 5.
Overture: I guess it's some kind of shield or reflector.
Gerbera: Lasers.
Ragtime: Time manipulation.
Punchline: It's for punching, I guess.
Buster Arm: It's replacing the buster from DMC4.

I guess we'll have to wait till TGS for the others.
Click to expand...

Overture is the lightning/discharge one and Gerbera is actually Lasers, Shield/Reflector, and Jet Repulsors.

Those are the names for the other Devil Breakers (particularly Ragtime and Punchline)? How did you get that I only ever seen them show and mention Overture, Gerbera, and Buster Arm.

As for myself I see 6 based on this current trailer and the first one.

Overture: Lighting/Discharge
Gerbera: Repulsors/Lasers
Buster Arm: Well the Buster
Ragtime/Time Manipulation
Punchline/Drill (seen him used on the Sin Scissors in the trailer and that one tentacle boss demon)
Rocket: He used to orbit one enemy in the first trailer like Round Trip and ride it too.

Then again Rocket and Punchline can be one Devil Breaker.

Also Punchline is also the Rocket aspects too. Under Punchline it says the arm can detach and you can ride it. I know he can detach his arm and have it circle around an enemy like Round Trip. Is that under Punchline too. Also in the Gamescon trailer he does a spinning aerial punch on that tentacle demon boss and the arm seems like the Punchline arm he was using on the Sin Scissor and the attack appears to be a charge shot.

I guess if everything that has been shown so far in all media is just 5 Devil Breakers then the Rocket Stuff and Punchline all fall under 1 Devil Breaker.
Last edited: Aug 22, 2018 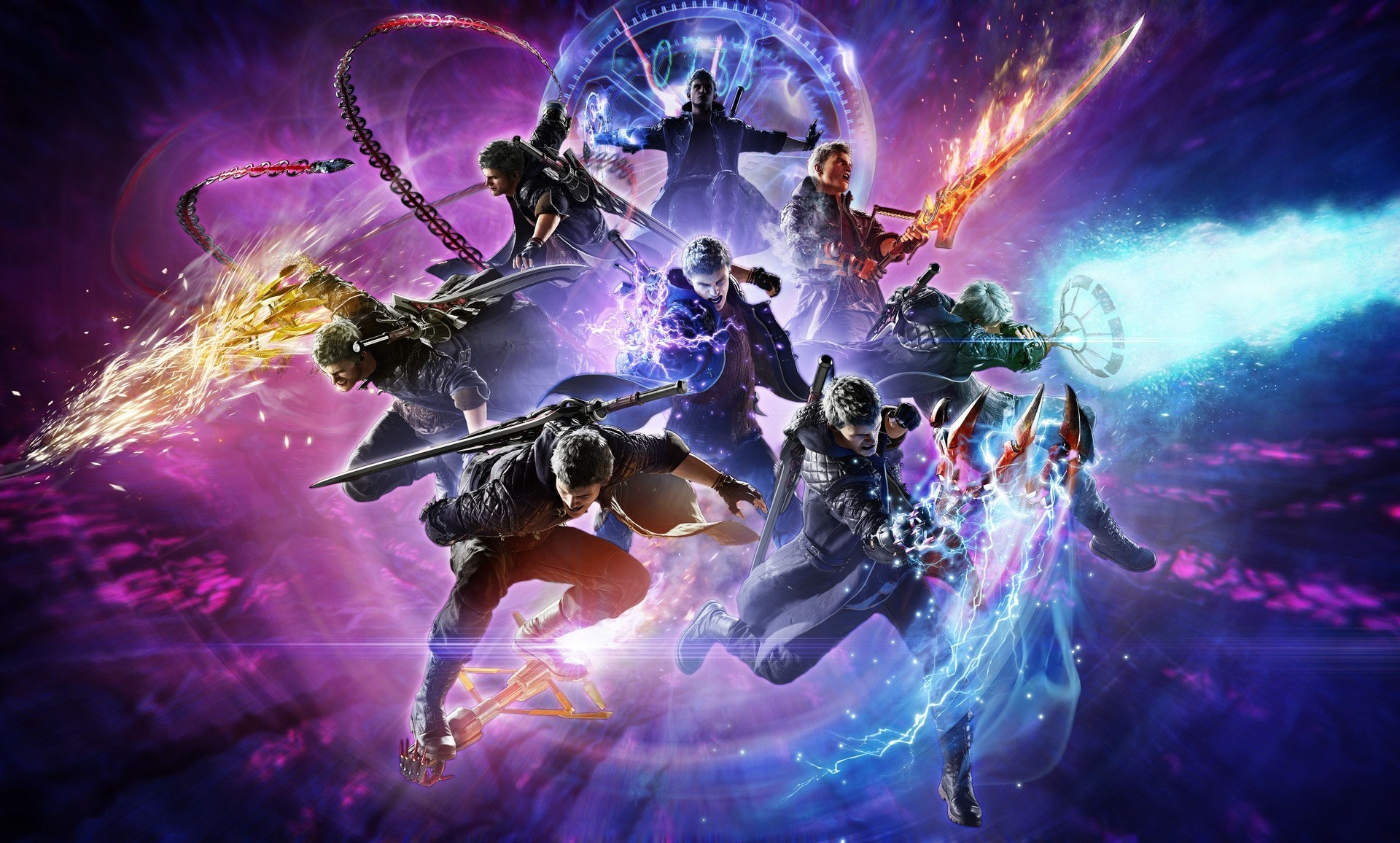 This was probably obvious to everyone else but I just noticed it. So that affect around the current style letter, it's a sound wave in sync with the music. It's a neat detail. 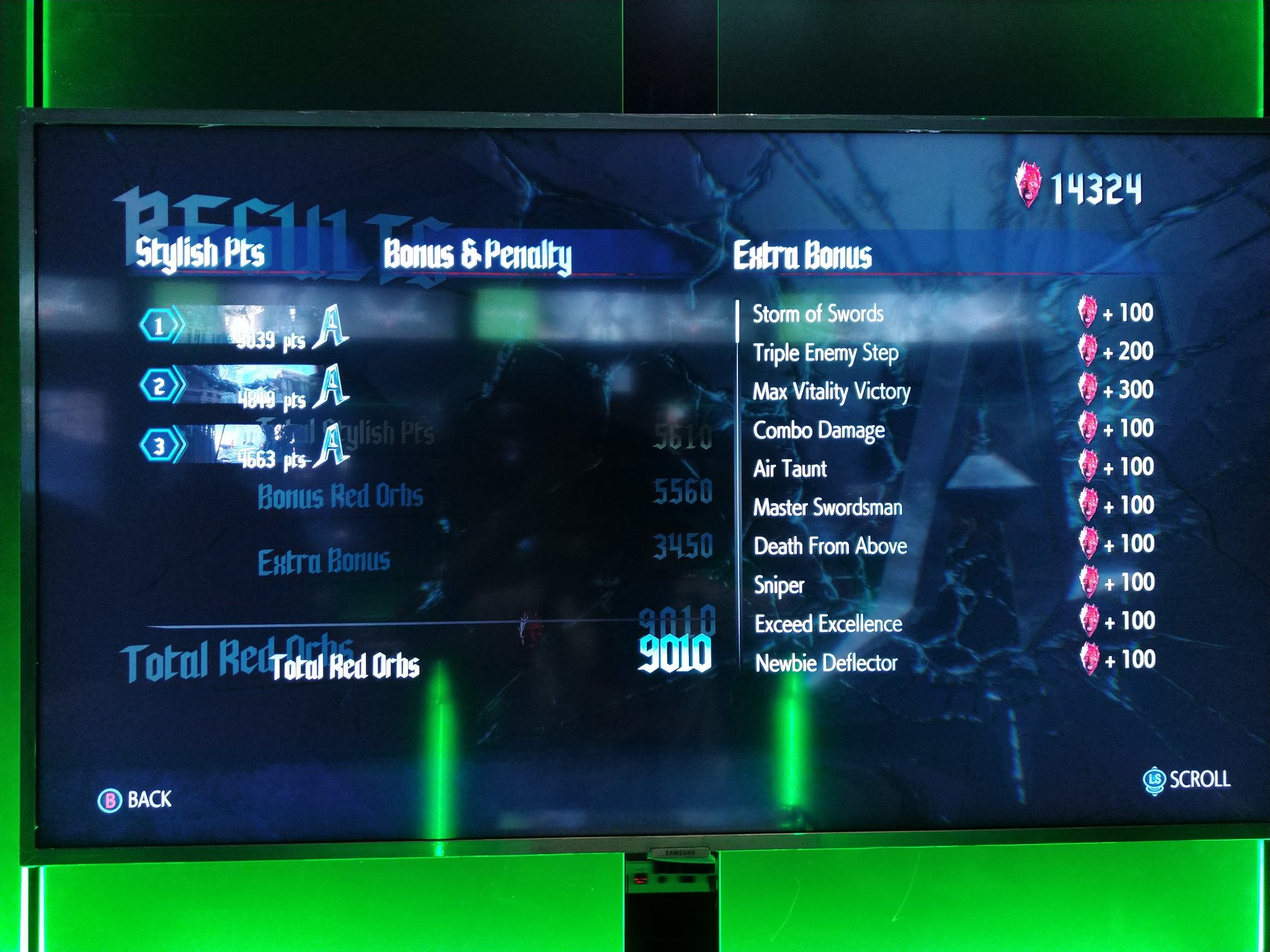 TWOxACROSS said:
Nero told her to "get back inside"
Click to expand...